The Immeasurable > Introduction > What Is Krishnamurti Saying?

What Is Krishnamurti Saying? 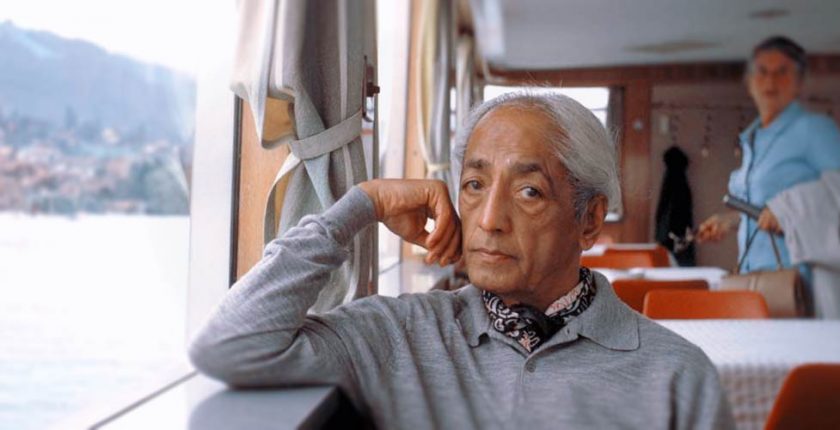 If all of Krishnamurti’s talks and discussions were published they would require 400 average-sized books. This does not make his body of work easy to summarize

If all of Krishnamurti’s talks and discussions were published they would require 400 average-sized books. This does not make his body of work easy to summarize, since it can be said to embody his view that human consciousness, when working well, is constantly unfolding, in a process of endless learning, never arriving at an end result, at any set of final conclusions. But to say what he thought of faith is a useful way into his account of consciousness. He sees both faith and belief as holding something to be true which is unsupported by fact, as lulling the mind into a false sense of security. We cling to such states from fear and from failure to understand and deal with what he called what is, to facts such as conflict and violence, whether personal or international. And once we have differing faiths and beliefs they themselves are an inevitable source of conflict.

Conflict and violence Krishnamurti sees as issues of basic concern to any serious human being. But in his view history shows there has been a repeated failure of education, science, politics and organized religion to end them. What is needed in our time therefore is to own up to that failure, to make a clean sweep of all these past, defective endeavors, and to adopt an entirely new approach. It is quite hard to imagine taking a more radical position than this. Put aside everything you have ever learned from others, ever read, and start your own inquiry into what life is about, what really matters. Stand on your own feet. Stop being a second-hand human being.

He proposes that this means looking at what is actually happening in life and in our consciousness—‘what is, not what should be’—without condemning or justifying, without resisting or wanting to change it, holding it instead ‘like a precious jewel.’ In so doing, he says, we are looking at human consciousness not just our own.

This non-judgmental watching, free from all past-based thought and projection, is for him ‘pure observation’. If accompanied by a passion to find out, there will then be fresh understanding, he says, a ‘going beyond’ one’s previous state of consciousness.

A constant source of human confusion in Krishnamurti’s view is our rooted tendency to make images of ourselves, others, and of life and death that are put together by thought based on memory, on past experience or hearsay. Instead of looking afresh at what is new in the now, being open to the unknown and unpredictable, we ‘translate the present into the past.’ He sees such images are inevitably conflictual because they are time-bound and therefore partial and inadequate. Yet we frequently act as though we are programmed by them.

Krishnamurti maintains that we fail to make the most of our mind and of our life while subject to latent or manifest anger and fear. Also, our sense of self is usually experienced as inherently apart from another’s, whereas all human beings share far more psychologically than separates them. Not to see that is a huge error of perception, because our sense of shared humanity is lost. This feeling of psychological apartness breeds a fear of isolation that leads, among other things, to a spurious sense of safety in numbers, which is then, unfortunately and divisively, carried to excess in nationalism, political ideology, and religious faith. These provide a false cohesion held together by fear that there are those ‘outside’ who threaten us and are in some way not as fully human as we are.

Seeing the problems in our personal life and in the world with a mind free from the dictates of the past, from faith, belief, stereotyping, and fantasy, is to see that what goes wrong in the world outside reflects what goes wrong in one’s own mind. When there is insight into that, Krishnamurti says, there is a wholly different way of living, in which an awakened awareness of what causes human suffering also brings with it greater sensitivity to the beauty and immensity of life.

He cautions his audience, ‘You don’t have to believe all this—I am not an authority. But take a little time to look at this. Test it out.’