The Immeasurable > Group Identity > I Belong, Therefore I Am?

I Belong, Therefore I Am? 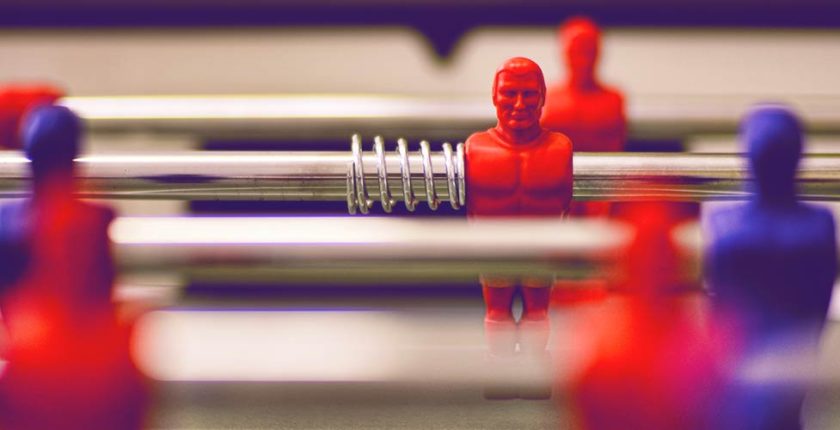 What does group behavior tell us about the inner life of individuals? The perils of identity and why we want to belong to groups.

There seems to be a human need to be part of something bigger, to not just see ourselves as something isolated. And at the same time, there seems to be a need to belong to a defined group, whether it be religious, national, ethnic groups, ideological or political parties. But, do we need group identities? What do these groups do for us? Why can’t we just be individuals and see ourselves as part of humanity as a whole?

From an evolutionary biological perspective, the human need for a psychosocial identity is anchored in nothing less than our socio-genetic evolution. Identity can be said to be a good trait in human evolution. We tend to do things that are good for us as a species to survive. This need to identify with groups must be serving some socio-genetic evolutionary function or we wouldn’t keep doing it. This doesn’t mean that it doesn’t lead to, and cause, problems.

It would be very hard to figure out a way for someone to stop identifying with anything because it just seems to be too innate, too primordial. Krishnamurti would call it conditioning. You’re told what you are from very early in life. If you’re brought up in a religious family, you’re immediately part of that religion. You may also have an ethnic identity that is part of your conditioning.

Not only do we label ourselves, our families and others in society label us too. One example can be found in the reaction to Barack Obama. He is remembered as our first African American president, our first black president, but his mother was white. He’s equally white as he is black, but society has decided he’s our first black president. Our society tells us who we are. That kind of conditioning is very hard to overcome.

Back in the ‘60s, the comedian George Carlin talked about how he would go to the Saint Patrick’s Day Parade in New York and people were wearing buttons “Proud to be Irish.” Carlin, who was of Irish descent, would laugh about it and said, “Proud to be Irish? What did you do? You didn’t do anything. You just happen to be born of a family that comes from Ireland.” 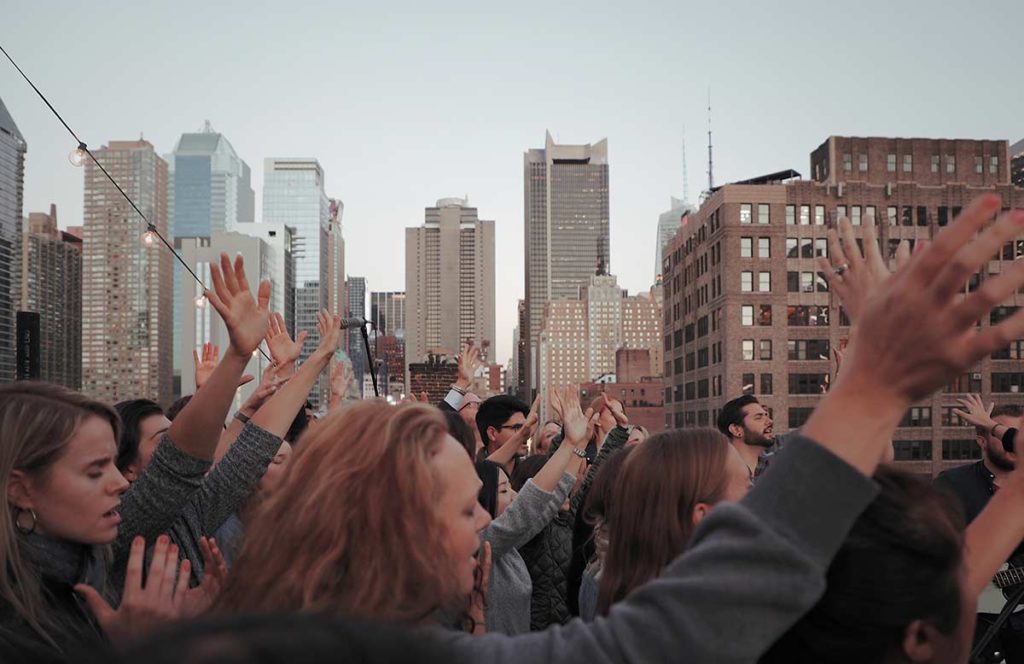 Now, let’s analyze identity a little deeper. I do an exercise in my class: I ask them to just write down without really thinking, without reflecting greatly, a list of all the identities they have, everything they feel that they are. What is amazing is that, even though I tell them to write quickly, almost invariably the first three or four items are what we call vertical identities. These are identities which feel permanent, which we feel can’t be changed: religion, nationality, ethnicity, etc. Then there are horizontal identities which are the ones that feel changeable, like being a jazz lover. You could become a jazz lover at the age of 50, so this is not considered to be part of your core identity. You’re unlikely to have a violent conflict between jazz lovers and country music lovers. It’s not that important. Wars are between nations. Wars are between ethnic groups. Wars are between religions. It’s those vertical identities that people tend to first blurt out when asked about identity. Those are also the ones that we tend to fight over. 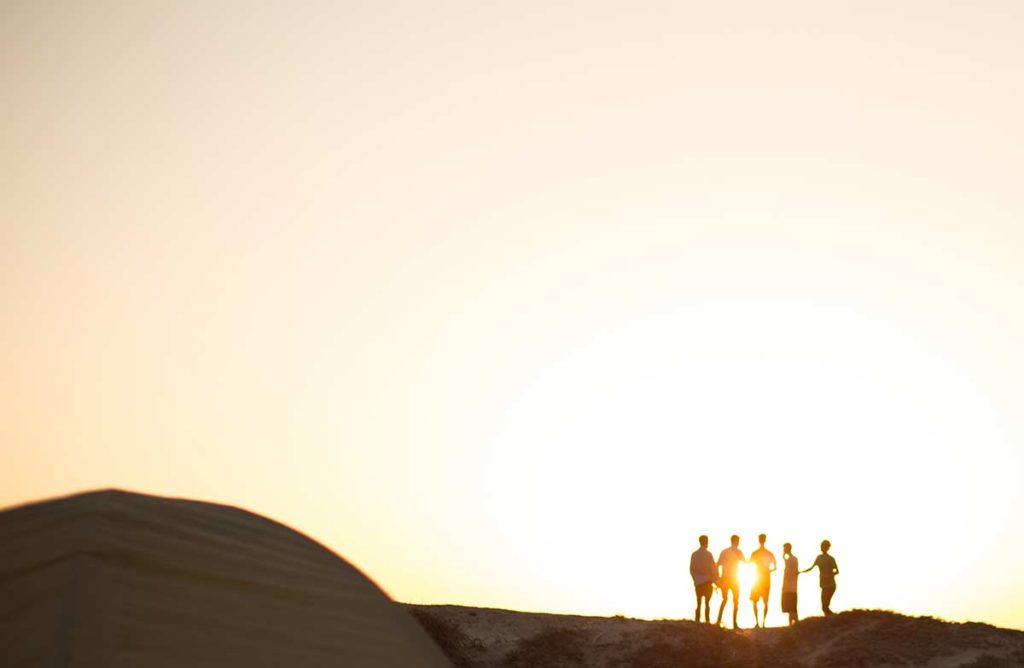 Clearly, there are people willing to die for group identities. That’s why we have conflict. Part of the impulse is the idea of dying for something great, something transcendent, something that will live beyond oneself. Is it part of the inner human condition to affiliate in groups and then to perpetuate violence against other groups, or is it the result of conditioning? Could this violence be learned behavior and could we perhaps awaken out of it?

Once group identities become dominant, mainly the vertical identities, then certain processes begin to happen. The first is an “Us vs Them” process. You cannot have an “us” unless you have a “them”. Group identities create boundaries. Yet groups need those outside the boundaries of the group for defining their own group identity. The outsiders are often seen as different, or inferior, and at worst a threat. The result is conflict.

So, can we have an identity, feel good about being a member of a group, or nation, or follow a certain religion, without resulting in conflict and violence?

“We know what are the causes of war; they are fairly obvious, and even a schoolboy can see them – greed, nationalism, the search for power, geographical and national divisions, economic conflicts, sovereign states, patriotism, one ideology, whether of the left or of the right, trying to impose itself upon another, and so on. These causes of war are created by you and me. War is the spectacular expression of our daily existence, is it not? We identify ourselves with a particular group, national, religious, or racial, because it gives us a sense of power; and power inevitably brings about catastrophe. You and I are responsible for war, not Hitler, Stalin, or some other super-leader. It is a convenient expression to say that capitalists, or insane leaders, are responsible for war. At heart, each one wants to be wealthy, each one wants power. These are the causes of war, for which you and I are responsible. I think it is fairly clear that war is the result of our daily existence, only more spectacularly, more bloodily so.”

The desire to have certain needs met and the fear of not having them met lead us to identify with groups. It’s a combination. Maybe the fear that needs are not going to be met is what leads groups to violence. And we will often do anything to protect ourselves if our basic needs are threatened.

So a good starting point is to ask oneself, what groups do I feel I’m a member of and why? What assumptions do I hold in terms of identity? What do I ascribe to other people when I see them on the street or meet someone who says he/she is from such and such a country? Am I immediately ascribing characteristics to a person in which I have no factual basis for believing is true? Am I doing it because I’ve ascribed those characteristics to a group?

And at the core of it is always the question, what is my conditioning?

Article by Mark Habeeb – Walsh School of Foreign Service, Georgetown University.
Mark Habeeb also does research in International Economics, Neuropsychology, and Social Psychology. This is an excerpt from his talk at the KFA Explorations Conference in 2016. Click here for information on the next conference in May 2018.

The Walls Around Ourselves
freedom, space, the self,

addiction attachment attention being belief can attachment end cognitive bias consciousness death freedom God Have You Ever Looked At A Flower? hurt identity introduction Is God An Invention of Thought krishnamurti love meditation non-duality observer Observer is the observed psychological hurt psychology relationship Religion revolution science self silence society Sorrow spirituality the challenge of change The Content of Yourself the future of humanity the self thought trauma understanding yourself video what are you looking for? what is freedom why don't we change you are the world